Eggs and Cholesterol – risk or no risk?

DO YOU OFTEN EAT EGGS OR EGG-PRODUCTS? RESEARCH SHOWS - THE ANSWER TO THIS QUESTION IS QUITE COMPLEX

Since 2000, prof. dr. Werner Seebauer worked only in preventive medicine, after ten years spent at the Frankfurt University Hospital. He is also involved in the medical professionals training for nutrition and prevention.

MediHelp International, together with LAMP Insurance, and in collaboration with NESA has created the NESAcard based on the wish to offer access to high standards medical services to patients all over Europe.

This way, MediHelp contributes to the medical science development and is actively involved in the international social responsibility advocacy. 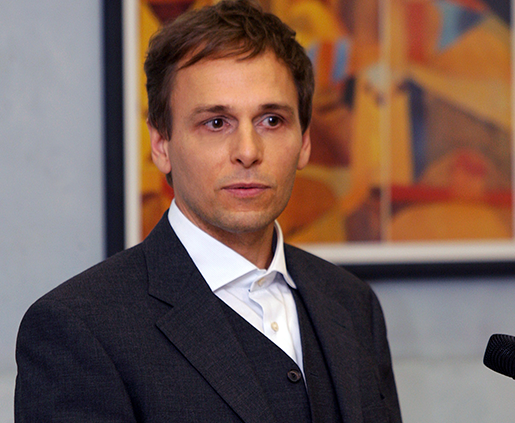 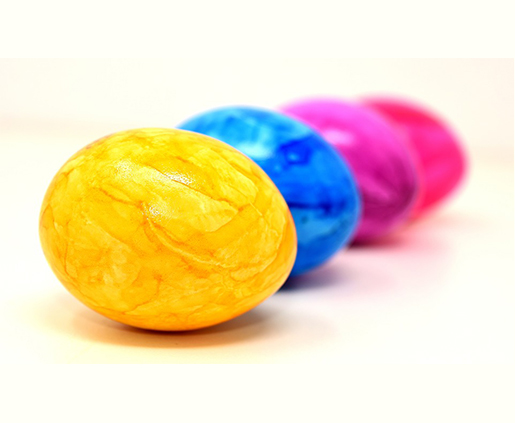 RESEARCH SHOWS - THE ANSWER TO THIS QUESTION IS QUITE COMPLEX

RESEARCH SHOWS - THE ANSWER TO THIS QUESTION IS QUITE COMPLEX

Yes, cholesterol can be a risk factor for cardiovascular diseases, neurodegenerative diseases such as Alzheimer’s and various other afflictions. However, the risk depends on many different factors, like the type and modification of the cholesterol, the interaction with other fats and carbohydrates. Moreover, as in many cases, the dose determines the risk. So, let us take a more differentiated approach to some of the factors.

We have to look at different types of fat, especially saturated and trans-fats, oxidized cholesterol, because these have the significant risks for such diseases.

Also, carbohydrates (“fast carbs”) when rapidly absorbed and not adequately metabolized (in interrelation with physical activity) can lead to cell alterations (glycated cell end-products) which can further negatively influence various dysfunctions and disease risks, with diabetes being one of them. Physical activity is crucial and indispensable for a good metabolism of fat and carbohydrates and healthy functions (homeostasis) of the organism.

More details on carbohydrate related problems will be covered in a further newsletter.

For all biological processes of a well-functioning organism, it is important to consider as many factors as possible contributing to personal health.

One example: In the metabolism of cholesterol and the absorption of numerous nutrients, the micro flora of the digestive tract plays a role. Probiotic bacteria (lactobacillus strains) can assimilate cholesterol under intestinal conditions with healthy fiber rich food, leading to the excretion of nonmetabolized cholesterol and other lipid molecules decreasing cardiovascular disease risks [Tamaro-Duchesneau 2014].

For a holistic view on the interaction of many important biological factors – such as the detoxification systems, the immune system and various epigenetics factors – all should be considered for a healthy organism.

FIRST, SOME BASIC INFORMATION ABOUT EGGS

Yes, one large egg has about 190 – 200 mg of cholesterol, all of which is in the yolk (egg whites contain no cholesterol) — this makes the egg yolk one of the richest sources of dietary cholesterol. 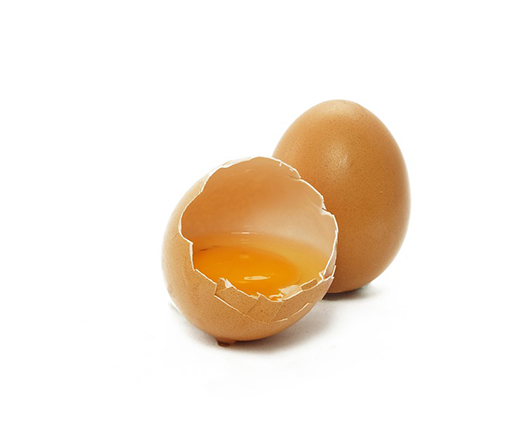 Our diet should not contain too much saturated fats. The guideline for the intake of saturated fatty acids is between 7% and 10% of the total energy supply (with a balanced diet that does not lead to obesity). Sources of saturated fats are mainly meat and dairy products, but also coconut- and palm oil (aspects of coconut oil will follow in another newsletter).

Trans-fats: you should avoid them completely. They play an important role in the development of cardiovascular disease. The risky trans-fats come from hydrogenated vegetable oils, produced through industrial processing of plant oils, to create a firmer and more durable fat (e.g. for baking or deep-frying). 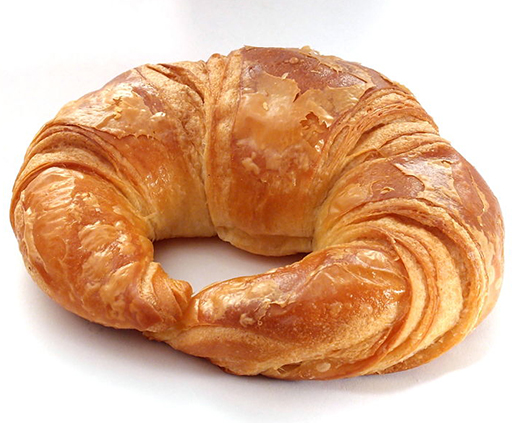 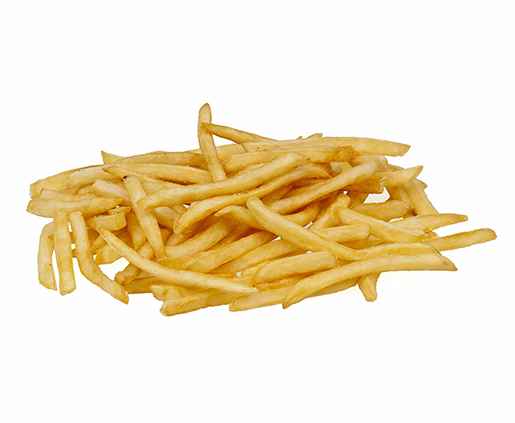 The good news is that eggs contain no trans fats. Thus, the risks are particularly posed by baked goods and fried products treated with such processed fats; together with the consumption of too much saturated fats from meat and dairy products and the increased use of palm oil by food industry, we can easily reach too high amounts of unhealthy fats in our daily food.

DIFFERENT TYPES OF FATTY ACIDS AND THEIR RELATION TO EACH OTHER

The type of fatty acids (FA) is also crucial
Polyunsaturated fatty acids – like omega- 3-FA and omega-6 FA – are essential in our nutrition. However, the relation between the two types is a potential risk generator.

Omega-6-FA should not exceed 5 times more in relation to the omega-3-FA. The typical western diet tends to contain 14 to 25times more omega-6 – than omega-3-fatty acids.

Chicken egg has over 200% more Omega 6 than Omega 3, thus being an unfavorable quantitative ratio. Overall however, calculated on 100g egg this is not so much (1,15g Omega-6-FA). If you pay attention and your other foods do not contain too much of omega 6, the egg does not matter.

To reduce omega-6 FA in your food you should limit the animal fat – except fish fat, which contains more omega-3-FA – which is good. In addition, various vegetable oil can have an unfavorable ratio between Omega-3 and Omega-6. It is advisable to use mainly canola-, olive-, linseed- and nut-oils.

Oxidized LDL-cholesterol is a high-risk factor for the development of cardiovascular and other serious chronic diseases. Oxidized forms of cholesterol are generated quite easily – through uncompensated oxidative stress (this is stress for the cell membrane and the genes – resulting in DNA breaks), which can be caused by numerous environmental factors (pollutants, etc.), but also by an unbalanced diet and processing-related toxins.

You should check your oxidized LDL-Cholesterol levels (e.g. MDA-LDL) in your blood regularly by visiting your doctor. Oxidative stress also plays a key role in the development of cancer, Alzheimer’s and other degenerative diseases.

Eggs can be a valuable contribution in a balanced diet

THE COMPOSITION MAKES THE MEAL AND THE DOSE DETERMINES THE EFFECTS

There is a big difference whether you eat scrambled eggs with tomatoes and spring onions together with whole-wheat bread and a vegan spread, or if you eat fried eggs with bacon or cheese and a white toast with sausages (the last-named dish increases the risks). Pancakes or muffins of white flour, together with a lot of butter and syrup, marmalade bread, or highly sweetened breakfast cereals can cause a higher risk than the scrambled eggs with healthy side dishes.

Limit the amount of the risky dishes and consume them only occasionally, if this kind of food is a pleasure for you. It should only be a small part of your diet. Notice, that eggs are often used additionally in processed foods – in the kitchen in pancakes, cookies, crème dishes and cakes – and especially in the food industry as a binding, loosening and thickening additive, in noodles etc.

It is recommended not to consume more than 6 eggs (the yolks) per week, especially if you have difficulty to control your total and LDL cholesterol and your oxidative stress. Also, be cautious if you have diabetes and general risks for heart disease. For people with such diseases, it may be safer to limit the consumption to no more than three yolks per week. [Hu FB 1999; Shin JY 2013].

In any case, if you have such disease or not, the right combination of eggs with vegetable food may be a much better choice than food with lots of sugar, even more so if there is too little physical activity.

However, the breakfast can be in the sweet version, if it is composed of healthier ingredients, like whole grains (oats etc.), (dried) fruits and nuts. There is convincing evidence that the combination of whole grains with fruits and plant protein sources like nuts and seeds reduces cardiovascular risk and overall mortality, especially when compared to red meat or eggs. [Song M. 2016] 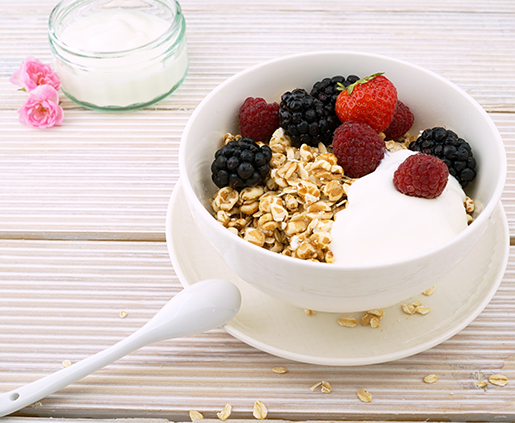 MORE INFORMATION FOR YOUR DOCTOR

As shown, only one quarter of egg fat consists of saturated fat, which increases cholesterol levels in the body. In addition, the amount of dietary cholesterol does not always automatically correlate with the cholesterol in the blood (there is only a weak correlation). Moreover, it is important to pay attention to modifications in cholesterol caused by oxidative stress.
Abnormal cholesterol metabolism with high oxidation has serious cellular consequences (cytotoxic) that leads to endocrine disorders such as cardiovascular and other diseases. Therefore, it is necessary to measure certain bio-markers for the risks (e.g. predictive biomarkers of concomitant atherosclerosis) [Seo HS J Steroid Biochem Mol Biol. 2015]

Atherogenesis is strongly associated with cholesterol in macrophage and oxidized lipids. Research also shows a pathogenic factor in the lipid metabolism in liver and intestinal cells (where the cellular oxidative stress was ≈3.5-times higher than in macrophages) and the cholesterol biosynthesis rate was increased by 9- to 15-fold, respectively [Rosenblat Biofactors. 2015]. This plays an important key role alongside other risk factors.

Moderate egg consumption – up to one egg per day – is not associated with increased heart disease risk in healthy individuals (Study results from nearly 40,000 men and over 80,000 women). [Hu FB  JAMA. 1999]. For most people cholesterol in food has a smaller effect on blood levels of total cholesterol and harmful LDL cholesterol than does the mix (quality) of fats in the diet. The most cholesterol is produced by one’s own liver [Hu 1999; Fernandez Curr Opin Clin Nutr Metab Care. 2006; / Curr Opin Clin Nutr Metab Care. 2012; Shin Am J Clin Nutr. 2013].

Although eggs increase LDL-Cholesterol, studies show that eggs change the LDL particles from small, dense LDL to large LDL. Large LDL may have a lower risk for heart disease. [Campos H Vascular Biology. 1992; Lamarche B Circulation. 1997]. However, it is at the same time important to restrict the fast carbohydrates in the diet [Mutungi G J Nutr Biochem. 2010; Blesso CN Metabolism. 2013]. The restriction of the fast carbohydrates probably is the most important factor in this case. Such intervention of carbohydrate restriction with protein sources other than eggs can have more benefit, because for people with metabolic syndrome or diabetes risks it is also recommended to keep the consumption of eggs moderate.

The naturally trans-fats (not industrial hydrogenated) such as in yogurt seem to not exhibit the same risk.

Recent research of the Canadian Centre for Agri-food Research in Health and Medicine and the Institute of Cardiovascular Sciences has now identified a potentially cardio-protective role for a sub-category of trans fats, produced by ruminant animals like cows, goats, sheep, etc. Therefore, trans fats from dairy products seems to pose no risk [Ganguly R Food Chem Toxicol. 2015].

The mechanisms in the liver and intestinal cells are very complex, due on the one side to the oxidative stress on fatty acids, low-density lipoproteins, glucose and proteins increases the risk, and on the other side compensation through antioxidant protection systems which plays an essential protective role (antioxidants from thousands phytochemicals found in the nutrition, endogen generated glutathione etc.).
In addition, there are further risks such as the inflammatory factors on the arterial endothelium (e.g. lipoproteins such as LpPLA2) and by systemic pro inflammatory cytokines (silent inflammation).

There is convincing data showing evidence that oxidized LDL-cholesterol plays a key role in the pathogenesis of atherosclerosis and plaque’s instability. Oxidized Cholesterol produces significantly more free radicals (strong pro-oxidant effects with risk for uncompensated oxidative stress), and it has cytotoxic, pro-inflammatory and pro-fibrogenic effects. Thus, it increases arteriosclerosis and thrombosis risks, not only cardiovascular risks.

The oxidized cholesterols are involved in the development and progression of neurodegenerative processes, diabetes and various organ dysfunctions. In addition, the detoxification of alcohol is affected, with increased risk of ethanol intoxication, respectively.

The public health system is not working as it should be, which is why many people opt for private healthcare… 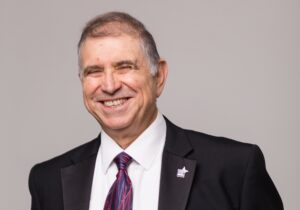 Zahal Levy talks about his success 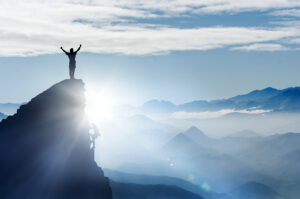 Insurance for digital nomads – you must have!

A digital nomad – sounds cool! You quit your corporate job, you are free, you win new clients and stubbornly…